Precis of Committee Meetings held in 2018

Case 298/08/18 revolved around the marketing of Bovilis BVD, and contained 2 items, those being:

The Committee upheld Item 1 of the Complaint as being in breach of the NOAH Code, but dismissed Item 2.

Boehringer Ingelheim argued that the complete advertisement by its tagline ‘P.I. or not P.I.? That is the question!’ failed to put proportionately, and in a balanced way, its highlighting of the potential risk that a calf born to a dam vaccinated with a live vaccine (which Boehringer Ingelheim alleged was implied would not arise with use of inactivated or non-live vaccine) during pregnancy may test positive due to the presence of the live vaccine virus in an ear notch sample. Adjudication was sought on both the original and amended promotional material, as they did not consider the inclusion of “in limited cases” and the removal of “Not if you vaccinate with Bovilis BVD” adequately addressed their concerns, or meant that either the farmer or vet advert was now compliant.

Boehringer Ingelheim’s representatives made the following points regarding item 1:

1. The implication of the campaign is that if you use Bovilis BVD only PI calves will test positive on an ear notch test – so there will be no confusion.

2. The implication is also that use of Bovela is a significant cause of positive ear notch results.

3. An averagely well informed reader may infer from the material that the use of Bovela may cause PIs, when this is not the case.

4. Eradication of BVD relies on the industry working together to maintain confidence in the process and educate farmers of the dangers of BVD.

6. The campaign is not primarily concerned with education and does not provide a call to action to discuss retesting of positive tag tests with their vet.

Regarding item 2 of Complaint, it was maintained that by only citing part of the SPC an averagely well-informed reader could be led to believe that the need to retest after 3 weeks is unique to the progeny of dams vaccinated with Bovela, which is incorrect and emphasises wrongly by not stating that retesting is the standard diagnostic approach to confirming the BVD status of animals which test ear notch positive.

MSD maintained that the statements in the advert in question do not cause confusion or attempt to undermine the national eradication schemes but are providing education to exercise caution when interpreting notch-test positive results in certain situations.

The unanimous decisions of the Committee were as follows: –

The Committee found that both the original and amended versions of the promotional leaflet and advertisements with the tag-line “P.I. or not P.I.? That is the question!” were in breach of the Code of Practice.

Although it was factually correct to say that modified live BVD vaccines such as the Complainant’s Bovela® did give rise to a very small number of false positives for Persistent Infection on ear notch testing whereas an inactive vaccine such as Bovilis® sold by the Respondent did not, the promotion implied that an accurate diagnosis of BVD could be made more readily through ear notch testing if Bovilis® was used but not Bovela®.

These two critical facts are not made clear on the promotional literature and the Committee’s view was that such facts are not well-known amongst veterinarians nor livestock farmers. Whilst the Respondent had amended the wording in very small font in the footnote to refer to “limited” cases (to reflect the SPC), such did not remove the overwhelming implication that only dams vaccinated with Bovilis ® but not Bovela ® would lead to a correct ear notch diagnosis of P.I. in new born calves.

The Committee’s clear view was that the marketing campaign literature’s primary intention was to promote Bovilis® and not that of education. The committee view was that an insufficient attempt had been made to educate about the facts relating to BVD and P.I. and its diagnosis. Accordingly, the Respondent was also in breach of Clause 4.6, as such leaflets and advertisements had been aimed at farmers.

ITEM 2:   The selective recital of the SPC for the product.

Regarding the second item of complaint, the failure to include the whole of a paragraph of the SPC for Bovela®, the Committee did not consider that the missing sentence affected the meaning of what was included. It was well known that the cornerstone of BVD eradication was identification and culling of P.I. animals but even if not well known, the omission of it did not affect the meaning of what was quoted in the Respondent’s advertisements. Accordingly, this second item was dismissed and no breach was found.

The Committee made comment that BVD is a serious issue and that schemes to try to eradicate the disease are in their infancy in England, and voluntary at the moment.  Given this issue, the committee is concerned about any message that could reduce confidence in vaccination, reduce confidence in tagging and ear notch testing or which could make farmers question the protocol laid down by their vet regarding vaccination and testing.

Following the case MSD Animal Health are required to sign an Undertaking which states the following;

We accept the decision of the Committee and undertake that the practices in question (if not already discontinued) will be discontinued forthwith, and we undertake not to:-

The Committee found Zoetis UK Limited to be in breach of 2 of the 3 items that were the subject of the case hearing.

The case related to a Zoetis advertising campaign card, the front of which used the tagline “Switch and Grow with Zoetis” with quotes from a number of vet practices regarding their relationship with Zoetis, the reverse featuring a comparison between Stronghold Plus and Bravecto Cat, and Simparica and Bravecto Chewable Tablet respectively.

The items under consideration were as follows:

MSD stated that the use of the tagline ‘Switch and Grow with Zoetis’, which was found in all three versions of the promotional literature, implies that vet practices will grow their business when switching from Bravecto Cat or Bravecto Chewable respectively, to a Zoetis product, for the following reasons:

Item 2, which referred to the wording “licensed for 12 weeks leaving protection gaps if prescribed for 3 monthly (13 weeks) dosing” used on the comparison chart, was felt to be unfair by MSD as it did not compare the licensed dosing regime for both products, instead assumed a 3 monthly prescribing regime for the MSD product, which they had at no point promoted. They therefore felt the comparison did not give an equal comparison of both products using the licensed dose rates and intervals.

Regarding Item 3, in which the Zoetis campaign card compared their Stronghold Plus to Bravecto Cat, using the volume (in ml) of product applied in a single application and the need/ or lack of need to wear gloves during application, MSD felt that there is no substantiation for the fact that a lower dose volume or not having to wear gloves improves owner compliance.

In response to Item 1, Zoetis maintained that:

In reference to item 3, Zoetis stated that they were trying to convey to the reader that when administering any single dose of Stronghold Plus in comparison to Bravecto Spot-On for cats, there is no SPC requirement to wear gloves and that the physical dose volume is lower. They argued both are relevant factual points of differentiation to communicate.

The decisions of the Committee on the 3 items put before them were as follows:

was held by the Committee, by a majority decision with 2 abstentions, to breach the Code as it implied that switching from Bravecto® to Simparica®/Stronghold® would increase the revenue of a veterinarian practice (“the Implication”).  The Implication was unfair, misleading, and unsubstantiated, contrary to Clause 4.3 (1) and (iii) and 4.4 (iii).

The Committee accepted and noted that the bubbles on the front page, claiming growth in veterinary practices, were expressed in a general manner but in the Committee’s view, such did not detract from the implication that a switch to Simparica® and/or Stronghold® would enable a veterinarian practice’s revenue to grow. Furthermore, given the Committee’s finding as to the Implication, what was said in the bubbles did not substantiate the Implication. For instance, there was no data to show that switching from Bravecto® to Simparica®/Stronghold® would increase revenue (and such seemed unlikely).

The unanimous decision of the Committee was that the reference in the comparison table on the reverse of the leaflets relating to both dog and cat whereby it referred to Bravecto® being “licensed for 12 weeks leaving protection gaps if prescribed for 3 monthly (13 weeks) dosing” implied that there would be a gap in protection if Bravecto® was only used every 3 months.

The Committee felt that whilst, in some cases, a veterinarian might prescribe for 3 months rather than 12 weeks (and that some evidence had been supplied to support that), it was unfair to promote an animal medicine by referring to the use of a competitor’s product not in accordance with the SPC when MSD had not promoted or advertised (or encouraged) off-SPC use.  The treatment intervals that may be used by some vets (where not in accordance with the SPC) cannot be considered the responsibility of MSD.

Accordingly, this item was unfair, contrary to Clause 4.3(i).  This finding was therefore referable to both versions 2 and 3.

The unanimous decision of the Committee was that the reference in Version 3 to “Low volume does, 0.5ml, providing your owners with a convenient application, with no need to wear gloves for improved owner compliance”  when comparing Stronghold® to Bravecto® Spot On for Cats was factually correct and did not mislead by implication by the use of the phrase “for improved compliance”.  It was agreed by the Committee that it was self-evident that not having to use gloves would be more convenient for the user and improve owner compliance. Therefore, no breach was found.

Following the case Zoetis UK Limited Health are required to sign an Undertaking which states the following;

We accept the decision of the Committee and undertake that the practices in question (if not already discontinued) will be discontinued forthwith, and we undertake, in relation to our products Simparica® and Stronghold Plus®:- 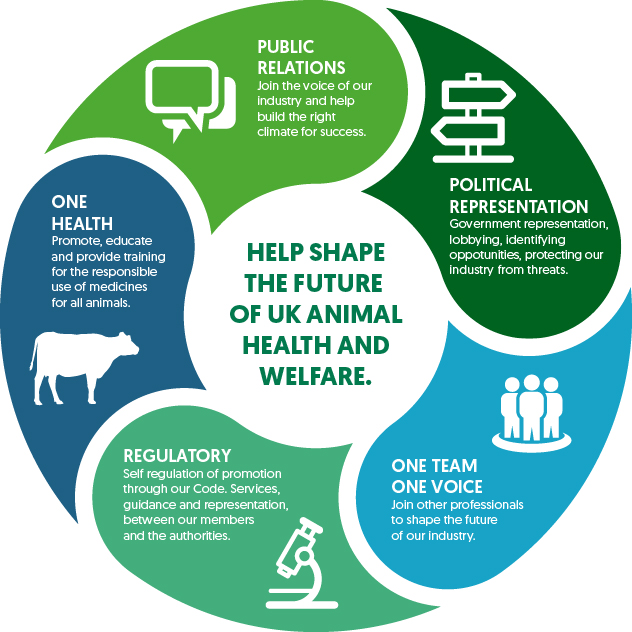 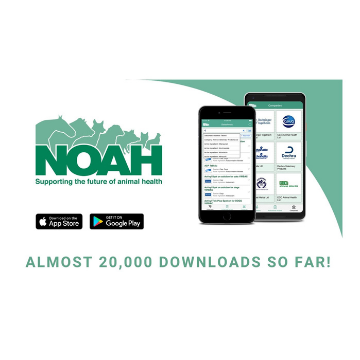